The Most Affordable Up-and-Coming Neighborhoods in Denver 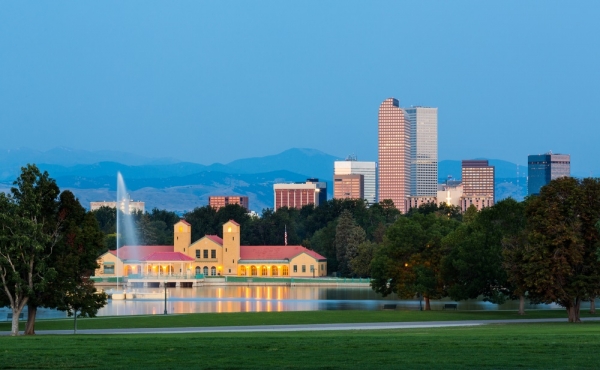 With the number of people moving to Denver growing every day, it’s no secret that the city’s hottest neighborhoods are becoming increasingly expensive to live in. Here are a few up-and-coming areas to consider if you want to avoid paying Denver’s high rent prices while still living in a trendy neighborhood.

Villa Park, located south of Sloan’s Lake, gives buyers affordable housing options while its proximity to 6th avenue provides accessible commuting options. The 2016 median listing price for a house in Villa Park is approximately $250,000 (compared to Denver’s 2016 median of $324,000), offering numerous inexpensive housing options. The Northern part of Villa Park lies adjacent to Dry Gulch Park, a popular outdoor spot for runners and bicyclists. There isn’t a plethora of commercial property here yet, but as the neighborhood continues to expand, the commercial side will inevitably grow with it.

Neighboring RiNo (River North Art District), Cole presents itself as a district with expansive opportunities for residential growth. RiNo has become so overrun with commercial development that real-estate prices have skyrocketed, which has led potential buyers to the nearby Cole neighborhood. The neighborhood has a diverse mix of people and housing styles vary immensely as well. Average home prices come in around the low $300,000s, which is considerably less than nearby neighborhoods. Cole is a perfect choice if you’re looking for a cute, friendly neighborhood with lots of communal flair.

Colfax Avenue is one of the oldest streets in Denver and is notoriously known for its run-down, less-than-ideal properties. However, with the rapid growth Denver has experienced since the early 2000’s, Colfax has seen redevelopment and economic revival spreading all the way into the Aurora area, with the city of Aurora promising $10 million to the revival of the area. East Colfax is poised to be filled with new coffee shops, breweries, and boutiques in the next couple years, making it a clear future hot-spot for Denver.

Barnum used to be a run-of-the-mill Denver suburb that boasted inexpensive rent prices. This year, real estate company Redfin ranked Barnum as the hottest Denver neighborhood of 2016. Sitting north of Highway 6 and west of I-25, Barnum is mainly comprised of smaller houses which are perfect for smaller families and first time home buyers. It’s a great option for those who don’t mind a short commute to downtown Denver, as housing prices here have stayed relatively low throughout the years. The median price of a home in Barnum in 2016 was $215,000, and home values in the Barnum neighborhood have risen by almost a third in 2016.

Although Barnum may not offer the same dining and nightlife as downtown Denver, it offers a cozy old-time atmosphere for both younger and older people.

After you have chosen your perfect neighborhood, contact Amazing Moves, the best Denver mover to help you settle into your new place