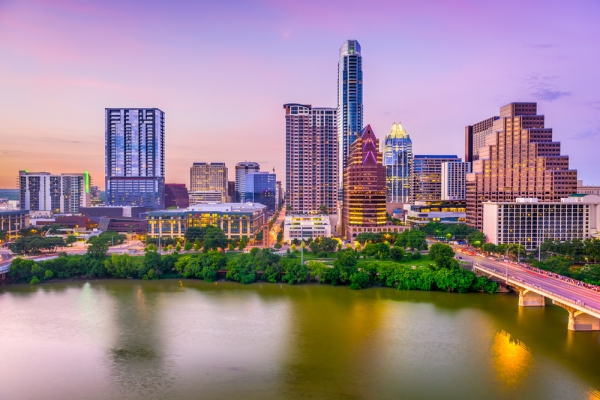 With a country as large as the U.S., there’s no shortage of great cities in which to live. However, some cities’ populations are growing by leaps and bounds. We've compiled a list of the top five moving destinations in the U.S. (based on how many people are moving in as compared to moving out). See if one of these cities is on your radar as a potential new place to live.

Denver is a great destination, and not just because we live here. Denver was ranked by US News as the second-best place to live in America. Denver has grown 6.3% between 2011 and 2015 and is continuing that trajectory. With a flourishing job market and the beautiful Rocky Mountains, Denver offers a great lifestyle for people looking to grow their career and live a more healthy lifestyle. If you're thinking about moving to Denver, contact Amazing Moves for a free moving quote.

Charleston Regional Development Alliance reports that 34 people move to the Charleston area every day and for good reason. With a burgeoning nightlife and a buzzing art scene, the entertainment options in Charleston are practically bursting at the seams. Beaches are nearby which draw people from all over the city, and Charleston’s cobblestone streets and historic cemeteries appeal to history buffs.

If you’re in the hospitality field, Orlando is a natural fit for you because it’s the home of great attractions like Disney World and seven of the top theme parks in the world. Even if you’re not in that field though, as a resident you’ll get discounts to some of these places. But more than just a theme park destination for 60 million travelers each year, Orlando is also a multi-faceted city with a downtown center for nightclubs, restaurants, and concerts which make it a great place to live.

Remember in the Denver entry we mentioned its position as the #2 on US News's list of Best Places to Live in America? Well Austin, Texas is #1 on that list. Austin's metro area grew nearly 11% over the past five years largely due to Austin’s growing tech scene which brings tech companies to the city from all over the world. With an affordable cost of living and a growing economy, Austin’s place on the list is well deserved.

Fort Meyers, Florida is the fastest growing metropolitan area in America. The U.S. Census reports that roughly 73,000 people moved into Central Florida in the last year.

Seated next to the Caloosahastche River, Fort Meyers has great cultural offerings with restaurants, museums, festivals, parks, and a great local music scene. A dog-friendly city, Fort Meyers is also great for dog owners or anyone who appreciates the outdoors. Cape Coral and the Sanibel Island are nearby for fishing and other beach related activities.

Ready to move this summer? Consider some of these popular U.S. cities for your new home. Contact Amazing Moves to make your move amazing. We can move you in the Denver area and provide additional services like packing and shipping to help you have the best move possible. Contact us today to get a free estimate on your Denver move.